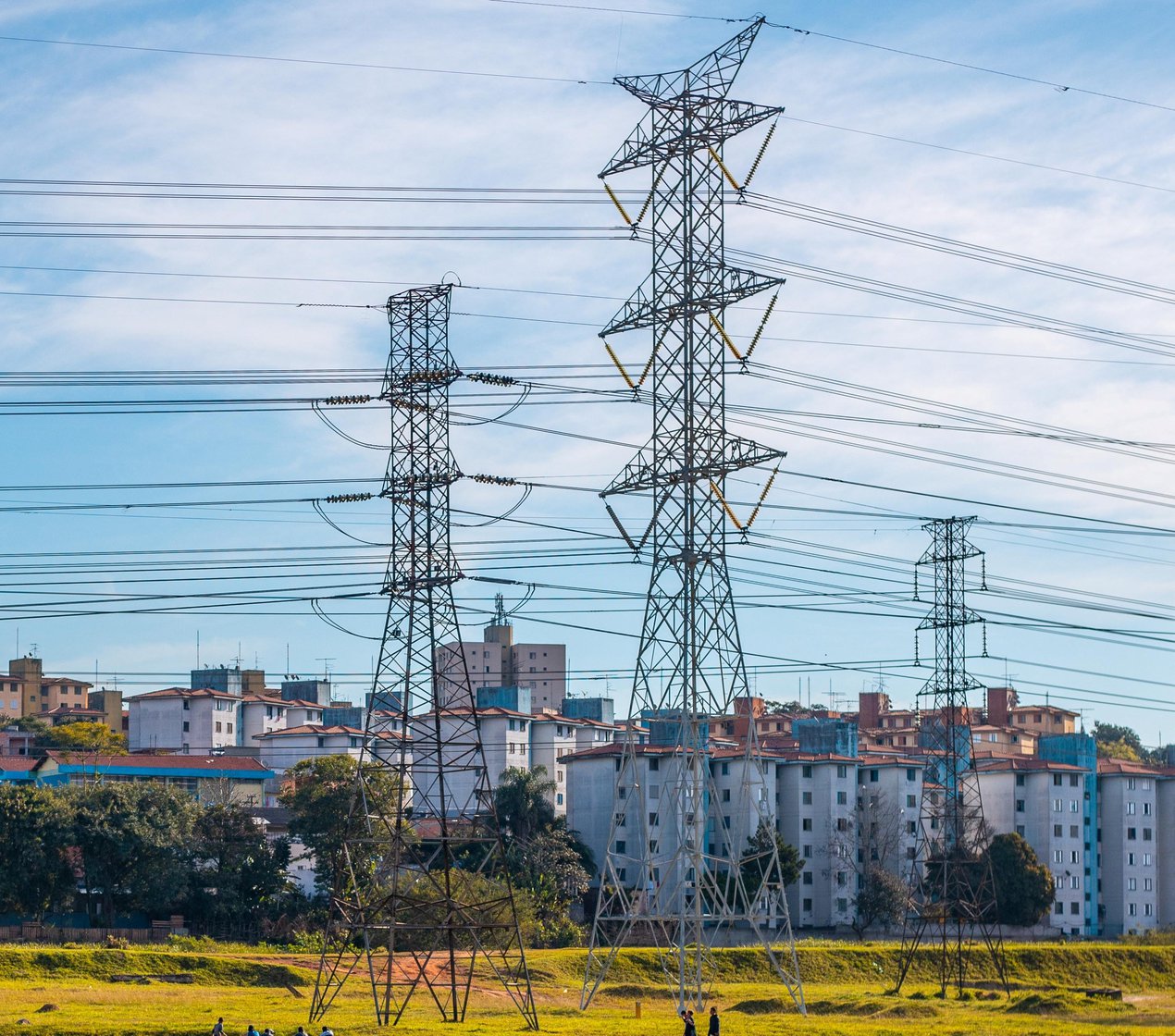 The US Energy Information Administration has been directed by Congress to gauge real-time emissions rates from the electric grid by location and make those data public. Recent work from RFF reviews and recommends best practices for providing these data as prescribed.

Climate policies at all levels of government, and voluntary decarbonization efforts by companies and other entities, are driving demand for clean electricity. To that end, many cities have adopted policies for building performance standards that require building owners to reduce the energy intensity and emissions intensity of their operations. And hundreds of companies across the globe have adopted science-based targets for reducing their carbon dioxide emissions and associated timetables for increasing their adoption of carbon-free sources of electricity—efforts that are tracked using Scope 2 carbon emissions accounting under the Greenhouse Gas Protocol Corporate Standard. While many such pledges aim to procure enough clean electricity to match their total annual electricity use, a growing number of companies and the federal government are seeking to do so on an hour-by-hour basis, through the so-called 24/7 Carbon-Free Energy Compact. Further, greenhouse gas emissions accounting, which has been voluntary so far, may become mandatory if a recent climate proposal by the Securities and Exchange Commission goes into effect.

However, enacting strategies to achieve those goals, and tracking progress toward those goals, requires geographically and temporally detailed information about the emissions rates of electricity provided by the grid on a timely basis. In addition, data on hourly marginal emissions intensity—that is, how much more emissions would result from an incremental increase in electricity demand—can inform companies’ efforts to shift their flexible electricity use, such as vehicle charging or computationally intensive computing, to low-emissions hours. Geographically specific emissions information can help companies determine where to locate new sources of demand like data centers or where to procure new renewable energy investments. While the US Environmental Protection Agency and the US Energy Information Administration (EIA) typically provide information on electricity-sector emissions on an annual basis, government reporting of hourly data on emissions rates is still in its infancy.

To address this lack of data, the US Congress adopted a provision in the Infrastructure Investment and Jobs Act (IIJA) that directs EIA to augment its existing Hourly Electric Grid Monitor by reporting information on average and marginal greenhouse gas emissions per megawatt-hour of electricity for each balancing authority (a balancing authority operates the electricity grid within a given region to ensure a balance between supply and demand) and at the pricing node level (a pricing node is a location on the transmission system for which wholesale electricity prices are published), where available. The provision further requires, to the maximum extent practicable, dissemination of this data on a real-time basis.

It is worth pausing to clarify the definition of the two key emissions metrics that the IIJA includes: average and marginal emissions rates. Average emissions represent the overall intensity of the grid—total emissions divided by total electricity production or consumption. An additional nuance is that metrics for average emissions rates can represent only emissions from electricity generation within a region (a production-based average), or they can account for emissions associated with net imports (consumption-based average). These average metrics often are used to understand the carbon footprint of a grid or company, though they can be applied to some decisionmaking use cases, as well. For other decisionmaking purposes, such as when charging an electric vehicle could take most advantage of carbon-free energy, one must instead consider the emissions resulting from an incremental kilowatt-hour of electricity demand; this is called the marginal emissions intensity, which could be cleaner or dirtier than the average.

In a recently published report from Resources for the Future (RFF), we review EIA’s options for meeting the requirements of the IIJA and make some recommendations to EIA and, more broadly, for data provision in this space. To provide context for the directive to EIA, we begin by discussing different use cases for emissions rate information, different emissions metrics, and how the metrics align with each other and with related data needs. Some use cases—such as where to site new facilities to maximize emissions reductions or understanding the emissions impacts of transmission investments—require long-term projections of how emissions respond, which take into account changes in the composition of electricity supply over time. In contrast, the hourly data that EIA has been called upon to report is focused more on short-run measures, which can be used both for emissions accounting and for informing near-term operational decisions.

For the latter application, marginal operating emissions are the relevant metric, and our review of existing data offerings and the associated underlying methodologies reveals two categories of approaches. One type of approach relies on economic dispatch–based modeling methods that reveal the identities of marginal generators (that is, the generators that would increase generation in response to an increase in demand) at specific locations, and those identities in turn determine the appropriate emissions rate for that location. The other category of approach uses statistical and machine-learning methods to predict marginal generator types at a point in space and time based on how electricity generation (and hence emissions) changes in response to changes in electricity demand under different grid conditions.

These two methods come with important trade-offs. Economic dispatch–based methods reflect the algorithms that grid operators use to solve for locational wholesale electricity prices and to operate the grid in real time. Put simply, marginal emissions rates are calculated in an analogous manner, in which the dispatch algorithms calculate locational marginal prices, a widely understood metric in electricity markets. Thus, these methods can yield very detailed estimates by specific location and time. However, implementing these approaches requires access to detailed data that often are known only to grid operators. By contrast, statistical approaches are more scalable to different regions because they rely primarily on publicly available data. But statistical approaches can struggle to produce reliable estimates at the very disaggregated nodal level requested in the IIJA.

Neither approach is perfect. For example, dispatch-based approaches yield estimates for marginal emissions rates that are strictly valid only for very small changes in demand, and the effect on emissions and emissions rates given large changes in load is highly uncertain. Statistical approaches inevitably require assumptions and methodological choices, which may not perfectly reflect reality. Both types of approach require assumptions and approximations (e.g., about the emissions intensity of a particular power plant or fuel), which leads to imperfect estimates.

Various data providers, including system operators and private companies, currently offer estimates of marginal emissions rates (in addition to other metrics, such as average emissions rates). The types of information provided by each of these data providers are summarized in the top panel of Table 1. The bottom panel lists several other organizations, including government agencies, which provide estimates for emissions rates that, while valuable, are less directly relevant to or not fully responsive to the IIJA request, typically because they focus on different emissions metrics or because they cannot be deployed in real time as requested by the IIJA.

Recommendations to the US Energy Information Administration

With respect to average emissions rates, we note that EIA recently began producing national average emissions rates on an hourly basis. These estimates, which are updated approximately daily, can be found on EIA’s electricity webpage. To create consumption-based estimates of average emissions rates at the balancing-authority level, EIA can employ a similar approach but also account for power interchanges between regions. One way to account for these interchanges is to use flow-tracing methods that capture inputs to the grid from generators, withdrawals from the grid by consumers, and power flows between regions in a multi-equation system. Over time, EIA could refine the regional estimates by deploying more region-specific and time-period-specific (and therefore more representative) emissions factors in their calculations.

For marginal emissions rates, EIA has several options that we would endorse. Our preferred approach would be to request the data from the balancing authorities, a few of which already are producing relevant estimates. Because EIA routinely collects real-time operating data from these entities, such a data collection would be a natural extension of that effort. Both PJM Interconnection (the independent system operator in the mid-Atlantic and upper Midwest region) and ISO New England (which services New England) already are producing estimates of marginal emissions rates, and some other balancing authorities likely are poised to do the same. For example, the Midcontinent Independent System Operator (MISO) publishes real-time regional fuel on the margin (that is, the fuel types of the marginal generators) in five-minute increments, data which could serve as a stepping stone to producing estimates of marginal emissions. For those balancing authorities that are not yet producing estimates, we would recommend a few possible approaches to generating such data. These potential approaches are listed below in order of preference, contingent on implementability, which may vary by balancing authority.

Given likely limits on some balancing authorities’ abilities to provide these data in the near term, EIA may need to tap other data sources to provide nationally comprehensive estimates for the contiguous states. However, before doing so, EIA would want to know if the estimates are reliable and if the methodology generally produces sound results.

Therefore, we recommend that an independent organization undertakes a quantitative comparison of existing data sources—both dispatch-based methods and statistical or machine-learning methods. Such a comparison would be helpful not only to EIA but also to data users and researchers. While no ground truth exists as a baseline against which to compare the results of different approaches, such an independent comparison would shed light on the size and direction of differences among alternative estimates. Understanding these differences would be useful to data providers and other analysts who seek to improve and stress-test alternative methods and data products. With this type of public data comparison in place, EIA then could consider publishing data from third-party organizations—such as those identified in Table 1—and ensure the inclusion of clear and appropriate data definitions, descriptions, and caveats.

Demand is growing for data on the carbon intensity of US electricity production and consumption, as governments and private companies seek to understand how their electricity consumption and clean energy investment choices affect their carbon footprints. EIA, through addressing the requirements outlined in the IIJA and by engaging with other entities, is poised to play an important role in providing such data and in contributing to the development of the broader carbon-data ecosystem. 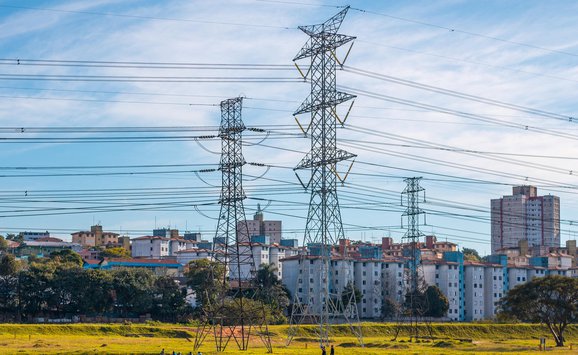 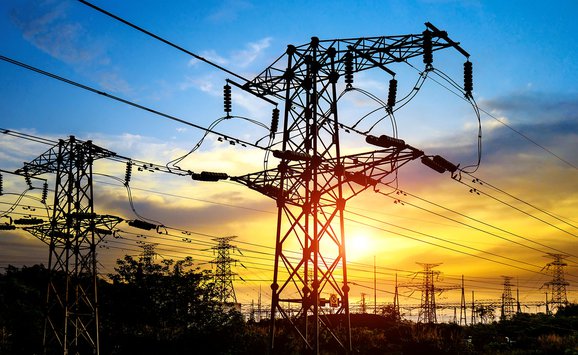 Using Prices, Automation, and Data to Shape Electricity Demand and Integrate Renewables into the Grid

The Accuracy of Self-Reported Pollution Data: Evidence from the Clean Water Act