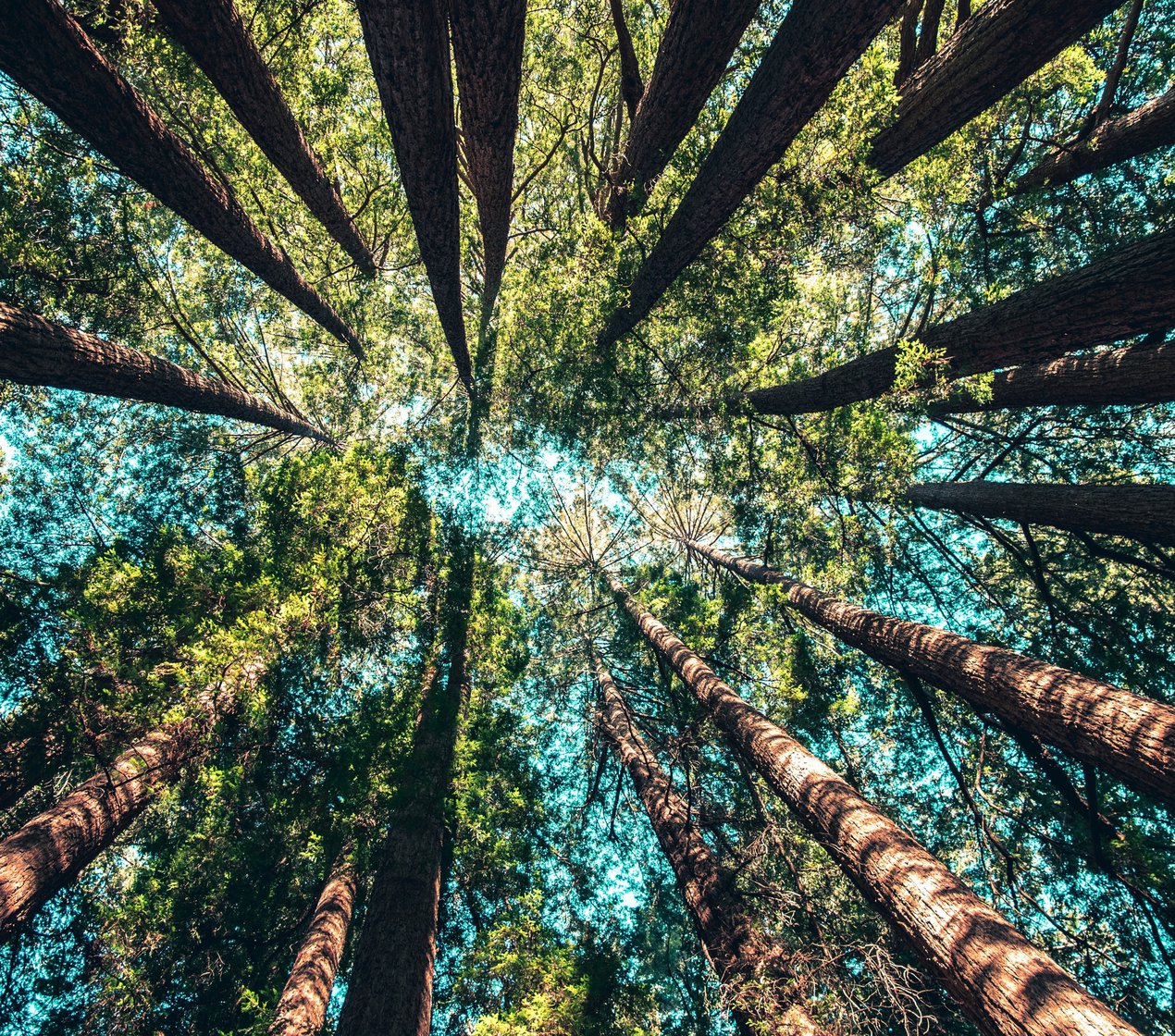 As carbon offsets grow in popularity among companies and countries, how can we assess their true potential and effectiveness for mitigating carbon emissions?

In their attempts to meet ambitious climate goals, governments and the private sector increasingly have turned to carbon offsets, which fund third-party projects to remove carbon from the atmosphere or reduce net emissions. For example, tree-planting initiatives promise to sequester carbon dioxide from the atmosphere in the plant material of growing forests, thereby mitigating climate change. Such projects can, in turn, generate carbon credits that emitters can count toward their climate goals . A complication is that scientists, economists, and others have challenged how well these programs actually work as a climate solution. Marc Hafstead, a fellow at Resources for the Future (RFF), explores this question in a recent blog post. “Climate-aware firms increasingly have demonstrated a willingness to pay for offsets,” notes Hafstead. “But not all carbon offsets are of the same quality, which poses tremendous challenges … Some offsets may only temporarily reduce emissions … while some offsets may not motivate emissions reductions because the project would have happened regardless.”

How do the differences among the types of crude oils and natural gases matter for climate policy?

High oil prices and a “deteriorating economic environment” have begun to hurt global demand for oil, according to a new report from the International Energy Agency. The report comes amid European efforts to reduce gas consumption and concerns about gas shortages this winter if Russia cuts off its exports to EU countries. The International Energy Agency nevertheless forecasts an expansion in demand for oil in 2022 and 2023, due partially to increased demand in Asia. Strong future demand for fossil fuels lends significance to ongoing efforts by nations to regulate oil and gas production and consumption while reaching emissions-reduction goals. In a recent episode of Resources Radio, Deborah Gordon, a senior principal in the Climate Intelligence Program at RMI, stresses the importance of the differences among types of oils and gases and discusses how we might design policies that target the dirtiest fuels. She suggests that improved information flow from the oil and gas industry to governments and finer-grained differentiation among fuels could help policymakers regulate with more precision. “The lack of transparency and disclosure on these underlying different oil and gas characteristics and these different operating methods is huge,” says Gordon. “If you treat them all the same, you have no way to distinguish them.”

Pollution taxes and cap-and-trade programs have long predominated as methods for reducing pollution. What recent innovations might improve these policy strategies?

The Regional Greenhouse Gas Initiative (RGGI), the only multistate cap-and-trade program in the United States, made headlines recently when a state court prohibited Pennsylvania (a major fossil fuel emitter) from joining the program. RGGI has a successful track record of generating revenue for projects that promote energy efficiency and clean energy and yield reductions in carbon emissions. The cap-and-trade program also is notable for its adoption of a “price-responsive supply” of emissions allowances, an innovation in emissions auctioning refined by a team of researchers that includes RFF Senior Fellows Dallas Burtraw and Karen Palmer. A recent blog post by their colleague William Shobe, a professor at the University of Virginia, details the advantages of this innovation. The idea improves on traditional cap-and-trade programs and pollution taxes, Shobe suggests, because, for the first step of making pollution allowances available to polluters, “the solution is no longer an issue of price versus quantity, but rather price and quantity determined together.” This strategy benefits policymakers by letting the market determine the price and supply of pollution allowances. “Price-responsive supply more accurately articulates the actual cost of environmental cleanup, even when the policymaker doesn’t know the true cost of pollution abatement,” Shobe says.

RFF research from the Resources archive offers historical background and possible solutions for the challenges in today’s news.

Climate change and development activity are shifting the amount and availability of freshwater, affecting our water supply, and straining our aging infrastructure.

This week: Sinking water levels in Lake Mead, a reservoir that borders Nevada and Arizona, are forcing water cuts to southwestern US states. In 2018, RFF held a series of regional roundtable discussions to gather information about the nation’s water resource challenges.

High temperatures in Spain and Portugal have led to hundreds of heat-related deaths, and wildfires are spreading in parts of France, Spain, and Portugal. In England, rail operators have reduced services out of caution that the heat may warp the tracks, and flights into the English town of Luton were redirected once workers noted that parts of the tarmac were melting. Forecasters expect the heat wave to continue into Germany and the Netherlands next.

“This is a well-known, expected impact of climate change,” says Paola Mercogliano, a senior scientist at the Euro-Mediterranean Center on Climate Change. “In the Mediterranean region, temperatures are expected to rise faster in the coming decades; for this reason, adaptation measures urgently need to be implemented to manage the current situation—but at the same time, strong mitigation action appears to be the only real answer to counteract this trend.”

Record temperatures “are without question diverging from the historical norms,” says Kevin Rennert (pictured above), a fellow and the director of the Federal Climate Initiative at RFF. “I think that climate science has been pretty clear for some time that the heat waves have been longer, getting more intense, and it's unequivocal that these are the results of human emissions of carbon dioxide and other greenhouse gases. We are living in what may be a new norm that is definitely departing from where we have been [previously].”

On August 11, Deputy Secretary of the US Department of Energy David Turk will join RFF President and CEO Richard G. Newell for an event in our Policy Leadership Series. Their conversation will cover the Biden administration’s ongoing response to high energy prices, the policies and technologies needed to combat climate change while ensuring a just and equitable clean energy transition, and more. This is a hybrid event with the option to attend in person or virtually. RSVP to the event here.

A recent issue brief coauthored by RFF Senior Fellow Leonard Shabman explores how the National Flood Insurance Program (NFIP) might incentivize resilience and adjust its premiums for communities that have invested in nature-based solutions for reducing flood hazards. “The NFIP could rely on community-specific predictions of how nature-based solutions reduce flood and storm hazards,” says Shabman. “This could help encourage more communities to adopt such measures.”

A recent op-ed by the editorial board of the Washington Post compares responses from industry and environmental groups to President Joe Biden’s proposed program for offshore drilling leases and offers an alternative path forward: increased royalty rates on offshore drilling. The op-ed cites work by RFF Fellow Brian Prest, which “suggests that raising [the royalty rate] to 25 percent for all federal leases would not result in a major increase in oil prices but would raise billions of dollars in federal revenue.”

In a recent episode of the Resources Radio podcast, RFF Fellow Beia Spiller discusses the historical context and current policies related to air-pollution exposure in New York City, particularly for schools in the Bronx. “When you’re exposed to pollution as a child, it can have long-lasting impacts on your health and well-being,” says Spiller. “And we’re talking further into your future: reduced wages in the future, reduced ability to accumulate wealth and human capital.”

How to Efficiently Integrate Distributed Energy Resources into the Grid

In a recent blog post published by Environmental Defense Fund, Beia Spiller recaps a webinar in which she and event panelists explored challenges with the current pricing system of distributed energy resources and suggested improvements to electricity tariff structures and energy efficiency. “Even though the cost of electricity varies across the hours of the day, most individuals pay flat, volumetric rates that don’t vary over the time of day,” says Spiller. “This means households have no incentive to reduce demand during high-cost hours, leading to higher costs for everyone.”

“Climate in the Culture” is a new segment in which we spotlight a recent book, exhibition, or work of art that features climate change as a central theme.

At the end of the month, composer Scott Ordway will premiere a multimedia symphonic work about the changing climate in California at the Cabrillo Festival of Contemporary Music in Santa Cruz. To create The End of Rain, Ordway collected reflections from California residents about the wildfires, drought, and altered landscapes in the state. “In doing this, I was inspired by the work of journalists, filmmakers, documentary and fine art photographers, and social scientists,” says Ordway. “Techniques from these disciplines allow me to connect my music to one of the most critical concerns of our time by making my work a conduit for the voices and experiences of other people.” 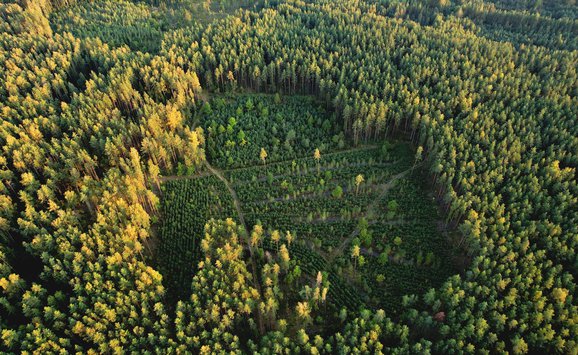 The Role of Voluntary Carbon Markets in Achieving Net-Zero Goals

No Such Thing as “Standard” Oil, with Deborah Gordon 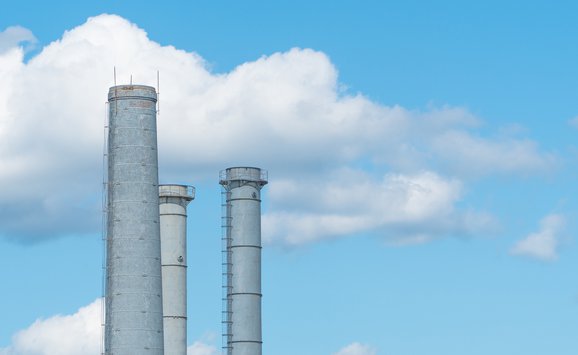