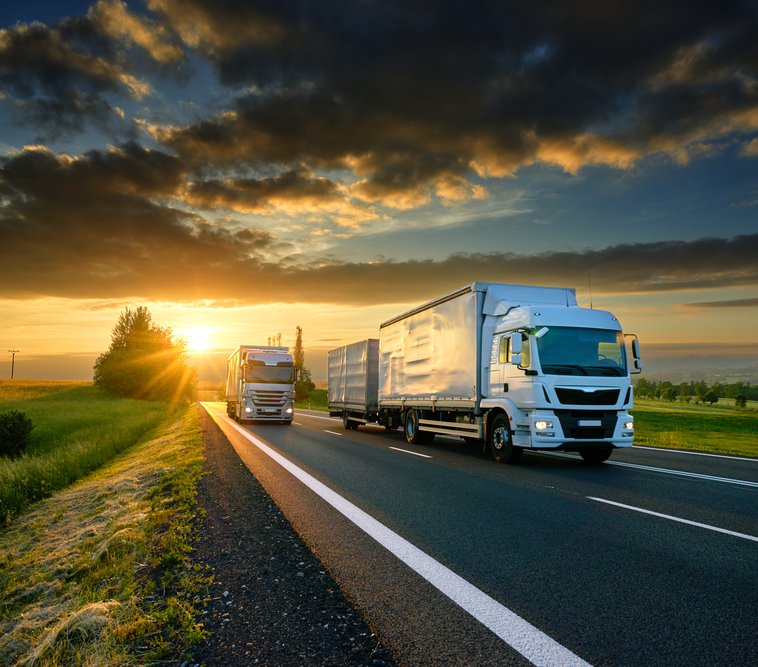 How might provisions in the Build Back Better Act and the bipartisan infrastructure bill influence greenhouse gas emissions from the transportation sector?

The bipartisan infrastructure deal, which passed at the end of last year, outlines provisions that aim to limit greenhouse gas emissions from the transportation sector. The provisions include a $7.5-billion investment to build electric vehicle (EV) chargers across the United States, while the Build Back Better Act proposes the first-ever tax credit for electric commercial vehicles, which includes medium- and heavy-duty vehicles such as trucks, buses, and freighters. In a new blog post, RFF’s Joshua Linn and Wesley Look, alongside blog post coauthor Cole Martin, examine how EV subsidies for transit buses and freight trucks may influence emissions reductions, sales of EVs, and the proportion of EVs on the road. “Our analysis suggests that combining subsidies with policies that spur innovation and accelerate battery cost reductions could achieve far greater emissions reductions than subsidies alone,” Linn and Look say in the blog post.

How are museums and historical sites keeping their artifacts safe from the impacts of climate change?

In Washington, DC, the Smithsonian museums are under threat from flooding due to climate change–related heavier rainstorms and higher tides from the Potomac River due to rising sea levels. As a result, staff at the museums must now track rain and stock sandbags along with their usual workload. The Smithsonian Institution has proposed building flood gates and relocating artifacts to off-site locations, recently testifying about these issues to a committee in the US House of Representatives. A new episode of the Resources Radio podcast explores this phenomenon further with Rodney Rowland, the director of facilities and environmental sustainability at Strawbery Banke Museum in Portsmouth, New Hampshire. Rowland describes the struggles and strategies to combat flooding due to sea level rise at the nine-acre living-history museum. “We’re under siege from below and from above,” says Rowland. “We’re seeing impacts to our historic structures already that we’ve never seen before. We’ve lost some history.”

How can policymakers optimally balance the needs to address climate change and air pollution?

Last year, US coal plant retirements dropped to their lowest levels of the past seven years, with power companies shutting down fewer gigawatts of coal capacity in 2021 compared to prior years. Total US greenhouse gas emissions rose in 2021 compared to 2020, with 17 percent of the jump attributed to burning coal—a fossil fuel that produces air pollution and negative health impacts. In a recent study, Lara Aleluia Reis, a scientist at the RFF-CMCC European Institute on Economics and the Environment, explores with her coauthors how climate policy interplays with air pollution mitigation efforts. “What we find is that we could save, by 2050, around 1.6 million people just by incorporating air pollution impacts into [climate policy decisions],” Reis says in a Resources Radio podcast episode. “This is about three times more than simply the co-benefits of air pollution.”

Kicking Off the 70th Anniversary of RFF’s Founding

On October 7, 1952, Resources for the Future (RFF) became the first think tank dedicated exclusively to environmental and natural resource issues. The world has changed significantly since then, but RFF’s commitment to conducting rigorous research and improving environmental decisions has stayed consistent. In a new blog post, RFF President and CEO Richard G. Newell reflects on 70 years of RFF history and gives a preview of what’s to come this year, with new and continuing RFF research, events, and analysis.

In a new working paper, RFF Fellow Daniel Raimi maps out fossil fuel activities across US counties, examining where economic changes resulting from the US energy transition are likely to be concentrated. This information can help identify which communities may be most vulnerable—and most resilient—in a transition to clean energy. An interactive data tool accompanies the working paper; try the data tool for yourself to visualize “hotspots” of vulnerability to the energy transition.

An international team of researchers—which includes current RFF scholars Molly Robertson and Wesley Look, along with RFF alumnus Daniel Propp—draws lessons for US policymakers by analyzing the United Kingdom’s policies to support declining coal communities. The new report is the second in a series published by RFF and Environmental Defense Fund.

RFF Senior Advisor Ann Bartuska will speak at an event on Thursday, January 27, about the importance of biodiversity to environmental health, global factors that threaten biodiversity, and actions available to individuals and beyond that can help preserve biodiversity. Register for the event, which is hosted by the National Academies of Sciences, Engineering, and Medicine.

In an event this week co-hosted by RFF and the Urban Institute, a panel of experts discussed how to implement partnerships among researchers and community organizations that can advance our understanding of environmental problems and the underlying vulnerabilities in disadvantaged communities. Watch the full recording of the event.

Smooth Waters Ahead for Offshore Wind?

A recent workshop hosted by RFF brought together stakeholders from across the spectrum of the offshore wind energy industry to discuss key challenges in establishing this form of renewable power, including transmission and grid modernization, local impacts, financing, and risks. Kathryne Cleary and Karen Palmer outline some of the standout considerations in a recent blog post that summarizes the workshop discussions. To get all the details, watch a full recording of the workshop.

In a new journal article, RFF Senior Fellow Carolyn Fischer and coauthors examine the viability of border carbon adjustments to help address barriers to global action in mitigating climate change—such as the “tragedy of the commons” problem—by leveling the playing field in international trade among emissions-intensive and trade-exposed industries. They review the potential environmental and economic impacts of border carbon adjustments, investigating the legal and practical barriers to implementation.

Putting Plans into Action to Plug Oil and Gas Wells

This week, the US Department of the Interior announced new plans to implement a program to plug orphaned oil and gas wells in states and on Tribal lands across the country. The program will be an interagency effort across the federal government. Orphaned and abandoned wells no longer produce oil and gas, but they often can continue seeping toxins into groundwater, leaking methane, and posing other hazards to people and the environment. Plugging these wells can address these problems while creating jobs.

“This program will likely result in tens of thousands of wells being decommissioned over roughly the next nine years. It will also help provide new evidence on the environmental damages that orphaned wells impose,” says RFF Fellow Daniel Raimi, whose work has informed federal deliberations over well plugging. “But it’s best thought of as a down payment, as hundreds of thousands of additional orphaned wells are scattered across the United States. What’s more, millions of additional wells could become orphaned in the decades ahead, unless state and federal policymakers reform their policies to require companies to decommission wells that have reached the end of their useful lives.”

The Italian city of Milan and surrounding areas in northern Italy have some of the worst air pollution in Europe, with 50 percent of the city’s pollution from nitrous oxide originating from transportation emissions. Under the nationwide COVID-19 lockdown in Italy, air pollution decreased and vehicular traffic congestion dropped by 30–75 percent across the country, including in Milan. City officials hope to fend off a resurgence in car use when residents return to work.

The Metropolitan City of Milan has approved a €250-million plan to launch the “Cambio Biciplan” cycling project, which consists of 750 kilometers of bike lanes. “The ‘Plan Vélo’ in Paris inspired the new project in Milan, and comparisons are inevitable,” says Lara Aleluia Reis of the RFF-CMCC European Institute on Economics and the Environment. While Paris intends to be a 100 percent cycling city in just four years, Milan’s 80 percent cycling plan will reach completion by 2035; nevertheless, the bike lanes in Milan will exceed the 680 kilometers of bicycle paths planned in Paris. “Slow construction aside, all of this is excellent news,” Reis says. “The project is expected to save more than 1 billion euros in accidents, reduce congestion, and improve outcomes for health and the environment.”

This figure, taken from the new “Cambio Biciplan” project from the Metropolitan City of Milan, shows a 750-kilometer network of paths that connects the city, suburbs, adjacent rural areas, and “greenways” through nature preserves, making 80 percent of the city accessible on bicycle. 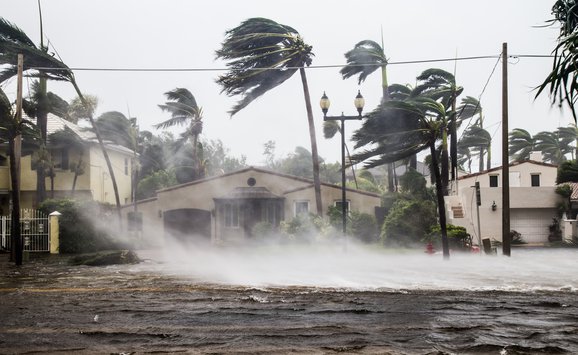 The Weather Channel: "Hurricane-Hit Florida Neighborhoods the Latest Site of Gentrification According to Study"