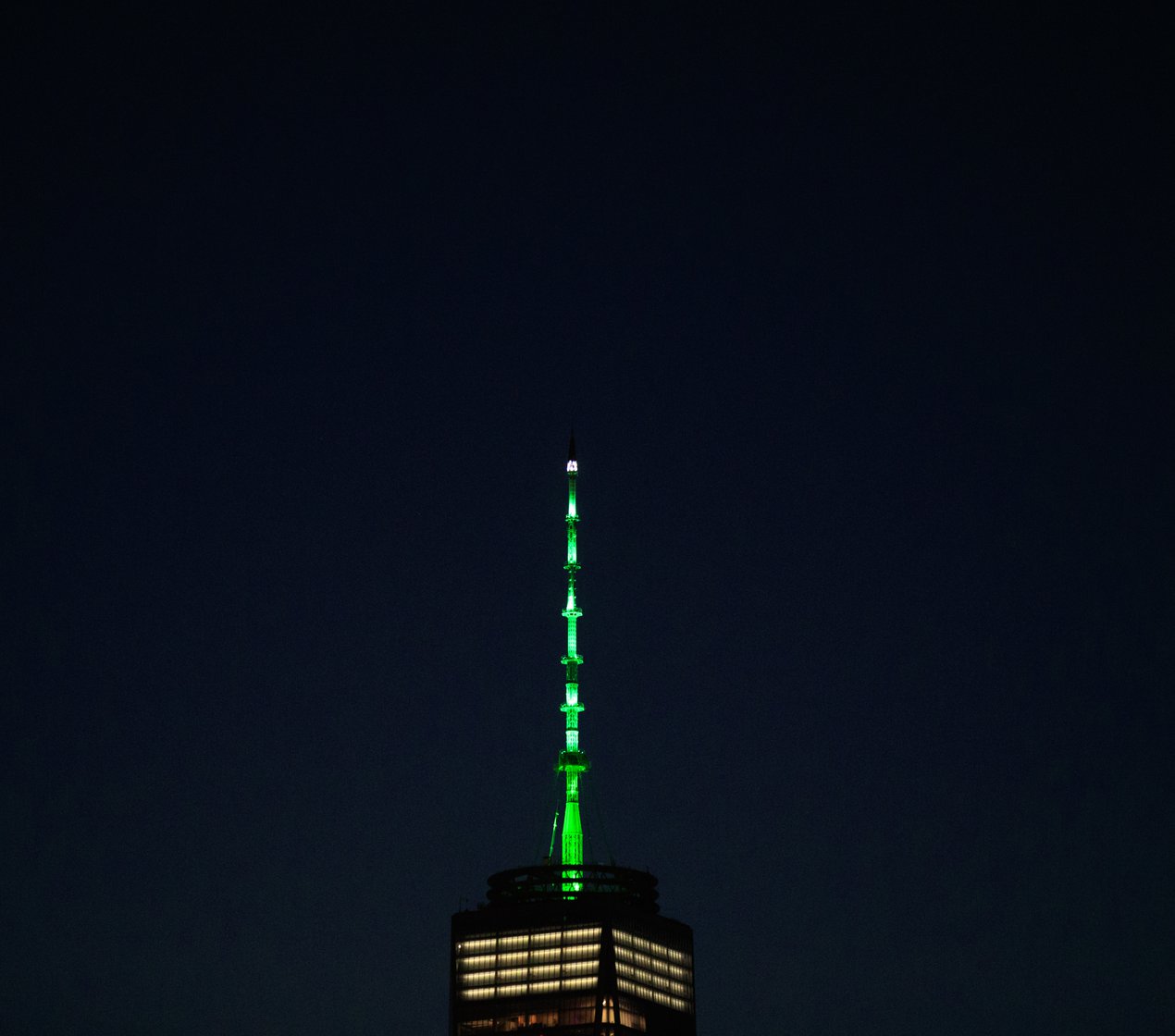 The above photo shows One World Trade Center illuminated in green light in 2017, demonstrating New York’s support for US action to preserve the environment and mitigate climate change, after President Trump pledged to eventually withdraw from the Paris Agreement.

In 2017, President Trump announced his intention to withdraw the United States from the Paris Agreement on climate change. On November 4, 2020—the day after the presidential election and the first possible day to withdraw under the agreement’s rules—the United States became the first country to officially pull out of the agreement. Despite the lengthy withdrawal process, rejoining the agreement would take only 30 days; President-elect Joe Biden has pledged to apply for reentry into the agreement on his first day in office and has urged “every major country to ramp up the ambition of their domestic climate targets.” Reentering the agreement may be as simple as signing an executive order, but the more difficult task for the United States might well be establishing emissions reduction goals—especially given the likelihood of a Republican-controlled Senate—and reasserting itself as a leader on climate again after years of other countries taking the lead.

Although President Trump has officially withdrawn from the Paris Agreement only recently, the current administration has long fallen short of the US commitment to reduce emissions under the agreement and has stopped contributing to the Green Climate Fund, which was set up by the United Nations to help developing nations fund climate change mitigation efforts. An open question now is how the United States might reassert itself in global climate negotiations. Next week Thursday, RFF will host an event, “Path Back to Paris,” in which expert panelists will explore the future of international climate policy. Featuring New York Times reporter Coral Davenport as moderator, the panel will discuss the ways in which United States leadership may evolve now, after years of avoiding climate mitigation policy; obstacles to ambitious climate policy; and the need to revisit national emissions reduction goals to meet the Paris Agreement’s target of keeping any increase in global temperature to below 2°C.

How could the prospect of a Biden presidency shift the ways companies work to address climate change?

In recent years, many leading companies have committed to making their operations carbon negative, called for the United States to remain in the Paris Agreement, and even endorsed carbon pricing. But a major shift in federal climate policy is expected when Joe Biden enters the White House, which could alter how companies stake out climate commitments. Biden plans to rejoin the Paris Agreement and is considering implementing an executive order that would require public companies to disclose the climate risks and greenhouse gas emissions involved in their operations. On the one hand, ambitions in the private sector could then increase, with companies feeling more pressure to ramp up their environmental efforts. But some analysts expect that businesses might feel less inclined to weigh in on political or environmental issues, without President Trump pushing policies that provoke corporate leaders—like condemning protestors or denying the science of climate change. Plus, the likelihood of a Republican-controlled Senate could assuage corporate fears that progressive policymakers would implement more stringent regulations if companies don’t do enough voluntarily to mitigate climate change.

On a new episode of Resources Radio, Mark Tercek—former CEO of The Nature Conservancy and current member of the President’s Council at RFF—explains why he feels optimistic about the potential for corporate climate action in the years ahead. Tercek points to far-reaching commitments, including the company Intuit’s promise to help colleagues and clients reduce their emissions, and Stripe’s commitment to make all data about its offsets public. He also contends that demands for transparency from the general public make “greenwashing” harder for corporations. While environmental groups and corporations often appraise each other skeptically, Tercek draws from his experience working on environmental issues at Goldman Sachs to claim that both sides have more in common than they might realize. “It's something that I would like to see broadly across the environmental community: more collaboration and less confidence that any one party has all of the answers or knows exactly what to do,” Tercek says.

Some claim that carbon pricing comes with detrimental economic consequences. But where carbon pricing has been pursued, what have been the actual effects on GDP and employment?

Neil Chatterjee, until recently the Trump-appointed chair of the Federal Energy Regulatory Commission (FERC), often has been criticized by clean energy advocates for rulings that could be seen as boosting fossil fuels. But last week, Chatterjee was demoted from his position, and he contends that his recent “independence” on energy issues is to blame. Though Chatterjee discouraged environmentalists early in his tenure because of policies like the Minimum Offer Price Rule, he recently has rebuffed Trump’s attempts to ban diversity training in federal agencies and increasingly has deviated from the administration’s energy agenda. Chatterjee supported the implementation of Order No. 2222—which makes it easier for distributed energy resources, like distributed solar and energy storage, to compete in wholesale electricity markets—and recently has called carbon pricing efforts led by US states an “important market-based tool that has wide support from across sectors.” Chatterjee is not the only federal energy official who has been replaced since the election; this week, Trump replaced the US government’s top climate scientist with someone who has cast doubt on the scientific reality of climate change.

Though Chatterjee will remain on the five-member panel as a commissioner, FERC’s new chair, James Danly, has disagreed with orders supported by Chatterjee and has described FERC’s recent carbon pricing policy statement as “unnecessary and unwise.” Some critics of carbon pricing, including many in the Trump administration, claim that carbon pricing negatively impacts the economy, but a new Resources magazine article from RFF University Fellows Gilbert Metcalf and James Stock contends that carbon taxes have no discernible negative effects on employment and GDP. Drawing on a recent journal article and working paper they coauthored, Metcalf and Stock analyze three decades of data from 31 countries that make up the European Union’s emissions trading system and find that carbon pricing has reduced emissions in European countries without harming their economies. “Our results rebut the oft-cited argument that a carbon tax would harm the US economy,” they write. “We find no support for the view that carbon taxes are job destroyers or growth killers.” 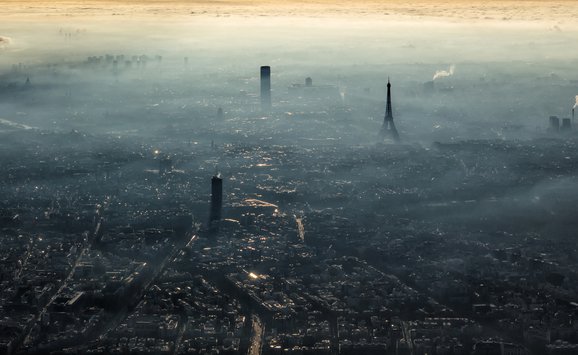 The Path Back to Paris 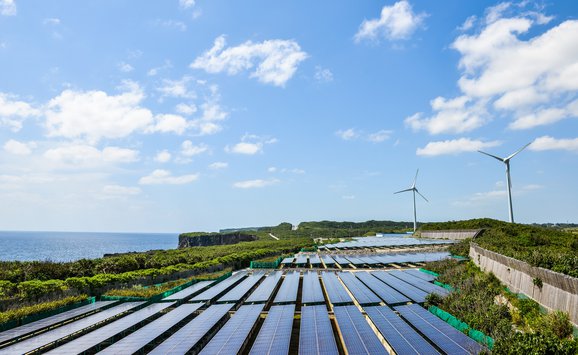 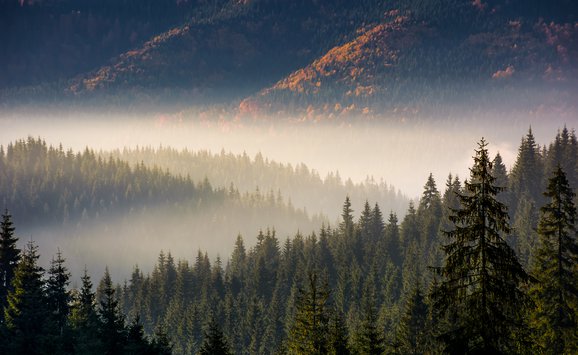