Accounting for Emissions in Global Trade with a Greenhouse Gas Index 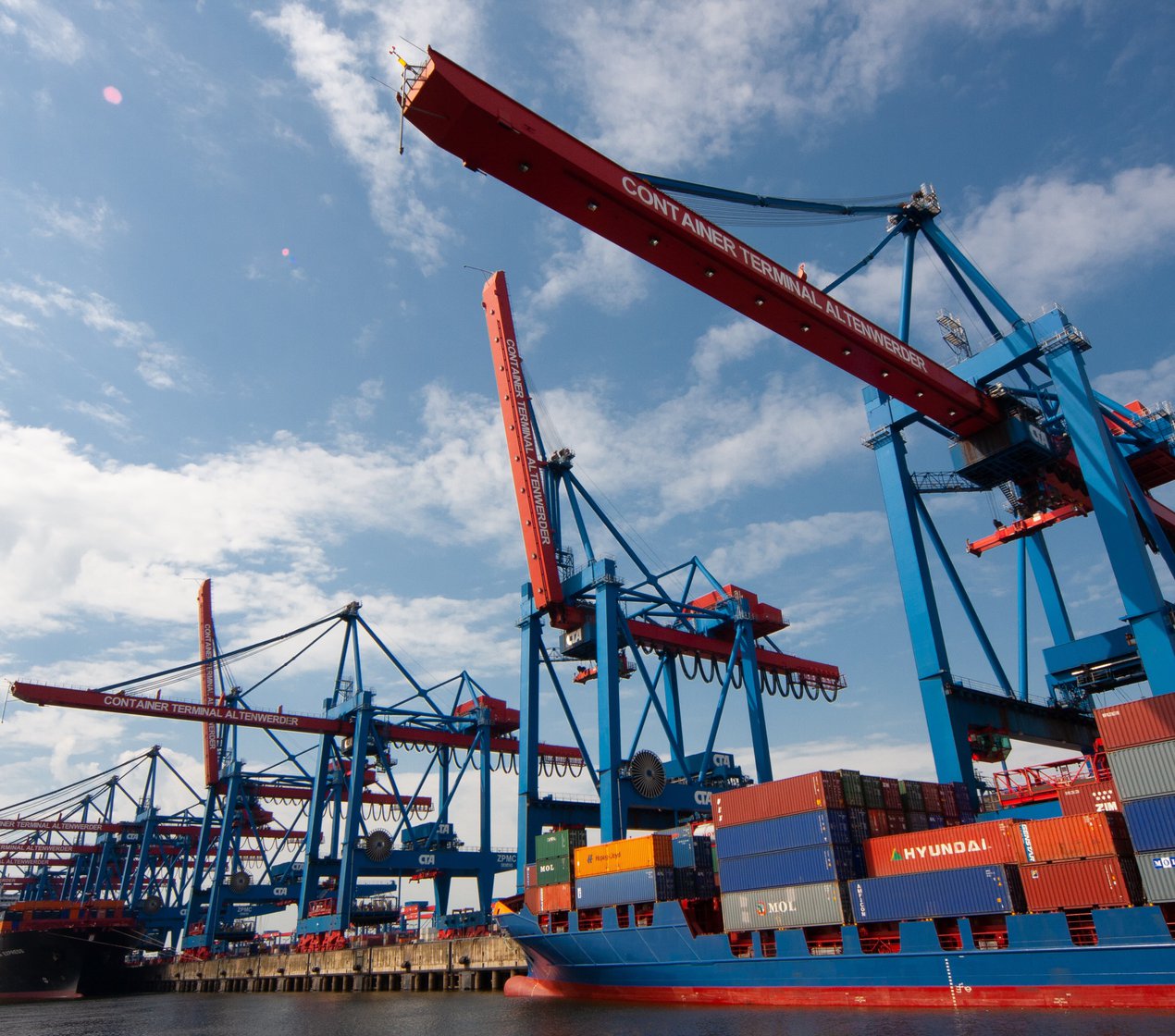 Governments around the world are considering a variety of approaches for border adjustments, which can level the playing field among trading partners and can compensate for variation in climate policies and the ensuing variation in costs of producing emissions-intensive products. RFF’s Brian Flannery explains how a greenhouse gas index can account for the emissions of internationally traded goods, and he discusses its potential applications in the design of border adjustments.

Discussions and controversy regarding the border adjustments of climate policies have been ongoing since international climate negotiations began over three decades ago. Border adjustments—which are export rebates and import charges—aim to limit greenhouse gas (GHG) leakage and competitiveness losses that would result from production shifting to nations with weaker GHG control policies, where policy-related costs are lower to produce GHG-intensive products. Now, as nations propose more ambitious long-term climate goals, the debate has intensified, renewing the focus on the implications for trade among nations with increasingly different climate goals and policy portfolios.

Aside from manifest political differences across nations regarding the introduction of border adjustments, significant legal, technical, and administrative challenges accompany their design. Legal issues center primarily on compatibility with existing World Trade Organization (WTO) obligations. Technical issues involve assigning emissions to GHG-intensive products that are traded internationally. Administrative challenges arise from the need to design and implement export rebates and import charges for potentially hundreds of GHG-intensive products on the global market, and doing so for decades amid ongoing changes in technologies, products, and national policies.

Previously, in the context of an upstream US GHG tax, my colleagues and I proposed a framework for WTO-compatible border tax adjustments—both export rebates and import charges. Export rebates aim to relieve domestic producers of the added costs of GHG taxes, which place domestic producers at a competitive disadvantage in foreign markets, given the lower costs of producing similar products in nations that have less ambitious climate policies. Import charges, on the other hand, prevent foreign imports from avoiding the GHG tax imposed on domestic producers by applying an equivalent charge on the imports.

The framework proposes the GHG index (GGI) as a central concept and administrative tool to account for and allocate GHG emissions from the facility and its supply chain to products. The GGI of a covered product multiplied by the GHG tax rate determines its border tax adjustment. To assure WTO compatibility, we have explicitly designed the GGI to account for cumulative taxed sources of GHG emissions in a fashion analogous to value-added taxes (which are allowed under WTO rules). Information to determine GGI consists primarily of the carbon content of produced coal, oil, and natural gas; GHG process emissions (if any) from the operation of the facility; the amounts and types of GHG-intensive products (including electricity) purchased in the supply chain; and the amount and composition of GHG-intensive goods created by the facility. This information is known by manufacturers and their suppliers in the United States and many other nations, and much of it is already publicly reported.

Now, in new working papers, Jan Mares and I describe how to determine GGI values under the framework in two relevant settings. We also explore how the GGI might be applied in border adjustments based on GHG mitigation policies—such as those based on regulations or a portfolio of regulations and price-based policies—rather than the GHG tax used in the framework.

Our estimates and methods paper describes procedures and publicly available information—primarily national sectoral averages for key data—to determine estimated GGI values now. Sources cited include data published by government agencies; domestic and international trade associations; third-party studies, including life-cycle assessments in several sectors; and information available from consulting and marketing firms that collect and market-relevant data in several sectors. We also note that the International Energy Agency and the United Nations Framework Convention on Climate Change regularly publish relevant data for national GHG emissions. We recommend that US regulators use these approaches to develop authorized procedures to determine default GGI values for import charges during a two-year start-up phase of the framework, which can be superseded later by the procedures described below.

The paper includes a list of estimated GGI values for two dozen major commodity products. Because the GGI values are not based on facility-specific data and authorized procedures that would be required under the framework, we refer to them as indicative, representative values. These GGI values serve the stated purpose of providing anticipated, approximate values for GGIs that can be used to estimate export rebates and import charges at this time.

Our facilities paper describes the procedures that US manufacturers could use to determine GGI values for covered products that are created in specific facilities. Facility-specific information is essential because similar products from different facilities can have significantly different GGIs based on the natural resources, technologies, fuels, and electricity used to create them. US firms already report GHG emissions from their facilities annually, and hence have the required information concerning their products and the products they acquire through their supply chain. The report describes procedures to allocate to its products the total taxed sources of GHG emissions from the facility and its supply chain. For products derived from fossil resources, allocation is based on the carbon content of covered products. In a similar fashion, allocation in many other sectors is based on the concept of one or more “core products,” such as raw steel or unwrought aluminum, which require significant energy and GHG emissions to produce, and from which more finished products are derived using far less energy. The information required to determine GGI values using these procedures appears to be known (or knowable) to US manufacturers and could be used to determine GGI values for their products as the program enters into force. US firms seeking export rebates would use national averages of the GGI for their entire domestic production of a covered product.

The report includes simplified examples of factories or operations in six sectors. These hypothetical examples illustrate how factories can determine the GGI values for their products; the examples model plants that produce organic chemicals, steel, concentrated copper ore, petrochemicals from cracked naphtha, high-impact polystyrene, and cement.

In both the European Union (EU) and United States this year, legislators have proposed import border adjustments based on regulations. The EU carbon border adjustment mechanism (CBAM) would require imported products to surrender any allowances they acquired based on permit prices for CO₂ emissions that apply to facilities under the EU Emissions Trading System. The FAIR Transition and Competition Act would base import charges on the effective price of regulatory policies on GHG emissions in the United States, including laws and regulations at any state, federal, regional, or local level. Note that neither proposal calls for export rebates—both provide for a credit to be applied against the import charge for the effective price of domestic policies in the exporting nation—and neither appears to specify how the import charge or requirement for allowances would apply to specific products.

In response to the European Union’s call for input earlier this year, we filed comments that point to significant legal and methodological issues with WTO compatibility for border adjustments, such as the CBAM proposal, based on regulations. The central legal question concerns whether, or under what circumstances, such border adjustments would be allowed at all. A major methodological concern involves the availability of objective procedures to determine an “effective price” for a regulation (and even more for a portfolio of regulations). A recent RFF study describes approaches that could be used to determine an implied “price” for border adjustments in nations which lack full or any carbon pricing but notes that the procedure was not assessed for WTO compatibility.

Now, as nations propose more ambitious long-term climate goals, the debate has intensified, renewing the focus on the implications for trade among nations with increasingly different climate goals and policy portfolios.

If these daunting legal and procedural issues with border adjustments—based in whole or in part on regulations—could be favorably resolved, we note a remaining gap for which we can propose a solution. Namely, neither proposal describes how the requirement for allowances in CBAM (CO₂ per tonne of product), or the US import charge ($ per tonne of CO₂) would apply to specific imported products. As a solution, we suggest that the GGI could provide the link to apply the policy to covered products (perhaps with minor adjustments). More generally, we suggest that the GGI should be considered to provide the basis for an international metric that accounts for GHG emissions of traded GHG-intensive goods. If adopted, the GGI could provide a common basis to apply border adjustments to products—both in terms of export rebates and import charges.

Going forward, my colleagues and I will develop additional information and proposals for border adjustments. A forthcoming report will estimate approximate GGI values for products in three dozen industrial sectors based on public information, and a forthcoming perspectives paper will describe important implications of our work and highlight some unresolved items that require further research and are on our to-do list for border adjustments. 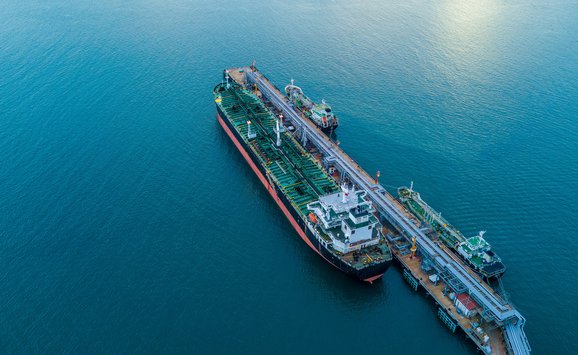 Export Rebates and Import Charges for Border Tax Adjustments Under an Upstream US GHG Tax: Estimates and Methods 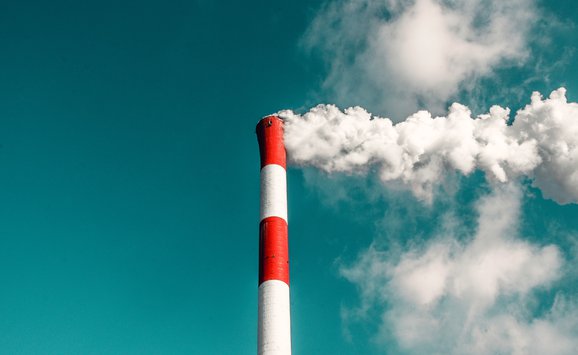