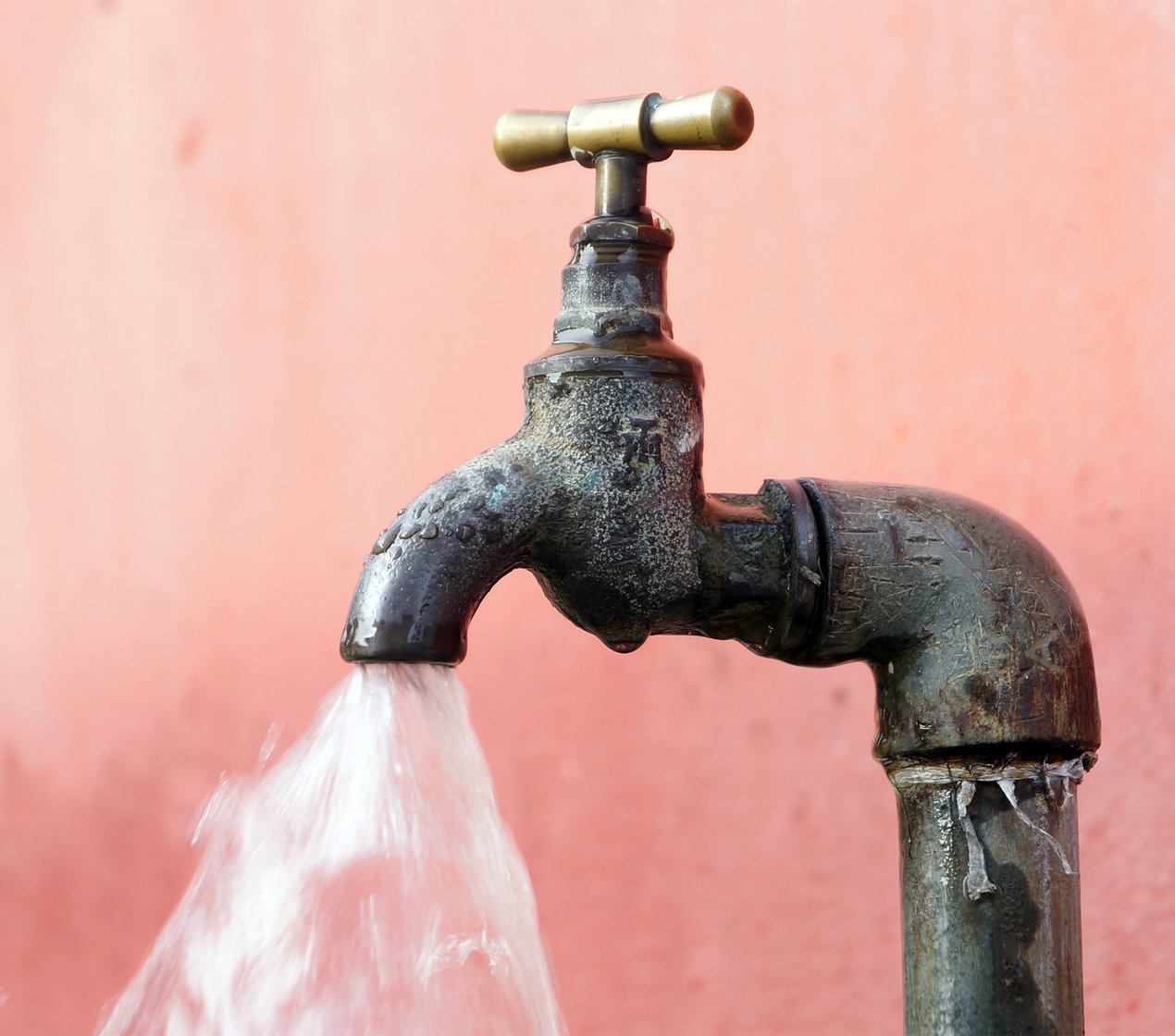 How can the federal government help resolve the problem of lead pipes contaminating drinking water?

President Joe Biden has pledged to remove every lead pipe that connects drinking water systems in the country, and the bipartisan infrastructure bill that passed the Senate last month includes funds to advance that goal. Of the $55 billion for investments in water infrastructure, $15 billion is earmarked specifically for lead pipe removal. President Biden initially requested three times that amount, raising questions about whether enough funds exist to remove all lead pipes, but the administration has pointed to an additional $11 billion in the bill for “general drinking water funding” that could be used for lead cleanup. The administration also could lean on the US Environmental Protection Agency (EPA) to help fulfill its clean water goals. EPA Administrator Michael Regan, who has committed to environmental justice as a priority during his tenure, has delayed implementation of a Trump-era lead rule that critics have claimed is insufficient for the scope of the problem; EPA now is working to develop a more far-reaching rule to replace it.

At an RFF Policy Leadership Series event this week, Regan discussed a range of climate policy topics with RFF President and CEO Richard G. Newell, including the Biden administration’s approach to environmental justice and achieving climate goals through regulation and legislation. Regan described how “decades of disinvestment in Americans’ physical and care infrastructure” has negatively impacted communities of color in particular and called out the infrastructure bill—including the $55 billion for water infrastructure—as one strategy for providing redress. Regan also reflected on various ongoing efforts within the federal government, including updates to the social cost of carbon and finalizing a Clean Air Act rule to replace the Trump-era Affordable Clean Energy rule. “Whether it’s regulations and policy, or scientific integrity, or environmental justice, the president has really set the bar, and EPA is starting to deliver on many of those things,” Regan said.

Employees of the Colorado Air Pollution Control Division filed a whistleblower complaint earlier this year, alleging that the state’s top air quality regulator directed employees to refrain from measuring surges of hazardous pollutants at certain industrial plants. By undercounting industrial emissions, the whistleblowers allege that the state could justify issuing additional industrial permits without attracting the scrutiny of federal regulators. Air pollution is a significant issue for Colorado: EPA classified the state as a “serious” violator of federal air quality laws in 2019, which forced state leaders to pursue more ambitious (and costly) strategies to reduce pollution. Governor Jared Polis has approved a full investigation of the complaint and has selected independent attorneys this July to lead the inquiry. Whatever the outcome, the incident reflects imperfect incentives at the heart of the Clean Air Act: local governments face the threat of sanction for not abiding by air quality standards but also are in charge of monitoring the very pollution that could get them in trouble.

On a new episode of the Resources Radio podcast, University of Oregon Assistant Professor Eric Zou elaborates on his research about the incentives that underlie air quality monitoring and reporting. Zou explains that EPA enforces air pollution standards under the Clean Air Act with regularly scheduled, publicly disclosed days of air quality monitoring. If a state is deemed noncompliant with Clean Air Act standards based on data collected on those days, policymakers must develop more ambitious plans to reduce air pollution, which can be a costly and time-consuming endeavor for local governments. “You might wonder whether that creates opportunity and incentive for people to behave strategically,” Zou notes. In fact, Zou’s research shows that air quality monitors often seem to malfunction on days when local governments expect poor air quality. Going forward, Zou emphasizes that the current system of monitoring can be improved. For instance, the Acid Rain Program essentially treats missing data the same as data showing worse-than-usual air quality, which incentivizes data compliance.

Could an effective response to climate change include solar geoengineering?

The Intergovernmental Panel on Climate Change released a report last month with a stern message to policymakers about the need for climate action. Among the report’s thousands of pages, a little-noticed section includes new levels of detail about the potential role of geoengineering—the modification of natural systems to avert the worst consequences of climate change—in climate policy. Without endorsing or rejecting any strategy, the report lays out how interventions like solar geoengineering could impact variables like global temperatures and precipitation and cause especially pronounced regional changes. The report reflects the increasing levels of attention paid to geoengineering in policy discussions and comes after a separate report this year from the National Academies of Sciences, Engineering, and Medicine recommended that the United States fund a research program into the technical feasibility and possible consequences of solar geoengineering. Still, the idea remains controversial: a proposed experiment in Sweden to test a high-altitude balloon, which could eventually be used to spray particles that reflect sunlight, was canceled this April following backlash from Indigenous groups.

Last year, RFF University Fellow Joseph E. Aldy and Richard Zeckhauser—both professors at Harvard Kennedy School—coauthored a working paper that considered the failures of conventional climate policy and recommended adding solar geoengineering to the climate policy toolkit. Now, in a new op-ed for the Hill, they contend that “an ambitious research program on solar geoengineering is an urgent priority.” Aldy and Zeckhauser reflect on the latest Intergovernmental Panel on Climate Change report, which—like many reports before it—offers stark conclusions about the future trajectory of climate change and calls on policymakers to do more. But progress to date has been insufficient with a strategy that focuses solely on greenhouse gas reductions, making “a new policy direction” potentially worthwhile. And the only way to know whether solar geoengineering is a feasible solution is through research, Aldy and Zeckhauser contend. “The potential for unintended consequences is significant,” they write. “But we need research to better understand them.” For more, stay tuned for further research from RFF scholars about the potential role of geoengineering.

Our #FactOfTheWeek comes after Hurricane Ida made landfall as a Category 4 storm.

Hurricane Ida crashed into the Louisiana coast this week at 150 miles per hour—faster even than Hurricane Katrina, which was a much larger storm but first made landfall at 125 miles per hour.

Cracking the Case of the Vanishing Air Pollution Data, with Eric Zou 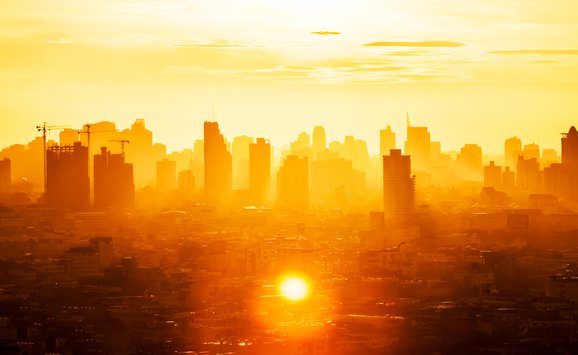 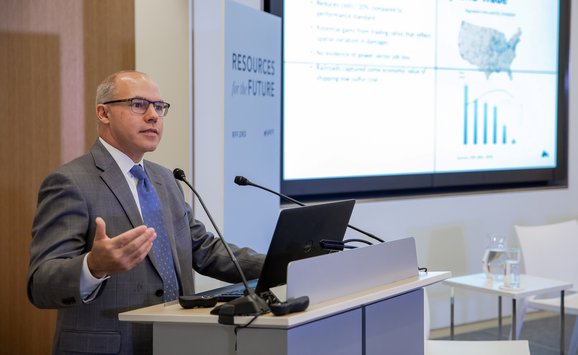 The Third Prong: Solar Radiation Management as a Climate Intervention