RFF University Fellow Partha Dasgupta has been awarded the 2015 Blue Planet Prize for scientific achievements in the field of environmental sciences. This prize recognizes outstanding efforts in scientific research or applications of science that contribute to solving global environmental problems.

FF Senior Fellow Maureen Cropper and Board Member Richard Newell have been appointed co-chairs of a new National Academies Committee on assessing approaches to updating the social cost of carbon. Committee members also include RFF Board Chair Richard Schmalensee and University Fellow William Pizer, and RFF Fellow Casey Wichman is serving as co-director of the study.

RFF University Fellow John Antle is one of four recipients of the 2015 American Society of Agronomy Presidential Award, given to those who have influenced agronomic sciences or crop production practices so greatly that the impact of their efforts will be enduring on future science.

Siikamäki will address trade-offs related to the multitude of services provided by forests, such as recreation, hydrological services, temperature regulation, carbon sequestration, habitat and species conservation, and alternative uses of forested land. He plans to develop globally comprehensive and geographically consistent estimates of the value of nonmarket forest ecosystem services and then make publicly available the first map of the value of several essential nonmarket forest ecosystem services. He also will use the chair to support his work as the academic leader of a unique eight-country ecosystem services valuation project involving collaboration among the Environment for Development Initiative centers in Chile, China, Costa Rica, Ethiopia, Kenya, South Africa, Sweden, and Tanzania.

As the Darius Gaskins Chair, Burtraw will continue to advance RFF’s critical and timely analyses of the implementation of the nation’s new Clean Power Plan, including the effects on the market structure and industrial organization of the electricity sector, system resilience to disruption, and energy storage. He also hopes to develop a deeper understanding of the distributional effects of environmental policy.

RFF has made two awards under its New Frontiers Fund, which encourages RFF researchers to take risks in pursuit of wholly new ideas that tackle difficult problems and to explore unusual approaches to solving today’s pressing natural resource and environmental issues.

RFF Fellow Rebecca Epanchin-Niell will use the funding to pursue a research project, “Enhancing Policies for Western Rangeland Conservation,” that links ecological dynamics, wildfire and invasive species threats, and ecological and economic outcomes over time and geography to help inform critical decisions about land and species management in the western region of the United States. 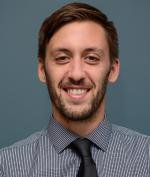 Casey Wichman joined RFF in summer 2015 as its newest fellow. His research lies at the intersection of environmental and public economics, with an emphasis on examining the ways in which individuals make decisions in response to environmental policies using quasi-experimental techniques. In his own words, he describes his past, present, and future research interests:

“I began college as an English major and, naturally, found little value in my first economics course. After exploring other options, I decided I wanted to do something related to the environment, reflecting my inclination for the outdoors. I came around to economics when I saw its inherent application to environmental issues. The notion that economics provides structured insight into policy issues was only strengthened for me by the good fortune of spending a summer as a research intern for former RFF fellow Spencer Banzhaf.

Currently, I am working on a few exciting projects dictated by today’s policy landscape. One examines the effect of bicycle-sharing systems on urban traffic congestion in Washington, DC. The main result is that vehicle traffic lessens in neighborhoods with bike shares. Another project analyzes the effect of water scarcity on electricity generation. Our findings suggest that reductions in clean, renewable hydropower during droughts are countered by increases in electricity generation primarily from natural gas.

Looking ahead, I intend to further my work on water conservation, valuation of public infrastructure, and the intersection of water and energy issues.”

In Remembrance of Wallace E. Oates

The RFF family was saddened to learn of the death on October 30 of Wallace E. Oates, distinguished university professor emeritus at the University of Maryland and an RFF university fellow. A scholar of international significance, Oates produced a body of work equal to the very best in the profession and had an enormous impact on both public and environmental economics. His first book, Fiscal Federalism, published in 1972, continues to define the research agenda of local public economics to this day. In his numerous environmental writings, he studied the design and implementation of taxes on polluting activities and systems of tradable emissions allowances. In particular, his book The Theory of Environmental Policy, written with William Baumol, made environmental economics a core part of economics; it arguably has been the single most influential work in this field. He will be greatly missed by his colleagues here at RFF.